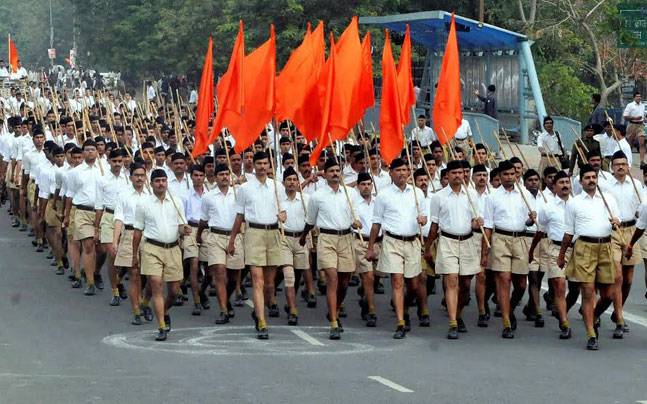 The Rashtriya Swayamsevak Sangh chief Mohan Bhagwat’s speech on Oct 27 revealed far more openly than before a clear policy to denationalise India’s Muslims and the RSS’s age-old technique of deception.

This is where the deceit comes in. Aware that the candour gave the game away, he explained: “It does not mean that Hindustan is not the country of other people. The term ‘Hindu’ covers all those who are the sons of Bharat Mata, descendants of Indian ancestors and who live in accordance with the Indian culture.”

In the RSS idiom, culture means a rejection of India’s secular ethos.

That is the catch. In the idiom of the RSS and its mentor V.D. Savarkar, ‘culture’ means acceptance of Hindu culture and religion, and rejection of India’s secular composite culture. That explains why the BJP did not give the party’s ticket to a single Muslim to contest the recent UP elections. Prime Minister Narendra Modi handpicked one Yogi Adityanath as chief minister. On Nov 11, he declared that Modi and he would establish ‘Ram Rajya’ by 2022. Establishment of a Ram temple on the demolished Babri Masjid will signify that ‘achievement’. It is worth watching how he proposes to ‘celebrate’ that crime, a quarter century later on Dec 6, 2017.

As with Hitler’s Mein Kampf, the writings of the RSS’s chiefs and ideological mentors have been neglected. In 1939, its chief M.S. Golwalkar wrote in We, or Our Nationhood Defined “Ever since that evil day, when Muslims first landed in Hindustan, right up to the present moment, the Hindu nation has been gallantly fighting on to shake off the despoilers.”

Referring to secular nationalism, he asserted that “effort was made to put the race on the wrong track” by propagating “territorial nationalism” ie. everyone born in India belongs to the Indian nation. He asserted: “In Hindustan, religion is an all-absorbing entity. Based as it is on the unshakable foundations of a sound philosophy of life (as indeed religion ought to be), it has become eternally woven into the life of the race, and forms, as it were, its very soul. With us, every action in life, individual, social or political, is a command of religion.”

Every nation “does profess and maintain a national religion and culture, these being necessary to complete the nation ideal”.

What of the non-Hindus? “The foreign races in Hindustan must either adopt the Hindu culture and language, must learn to respect and hold in reverence Hindu religion, must entertain no idea but those of the glorification of the Hindu race and culture, ie, of the Hindu nation and must lose their separate existence to merge in the Hindu race, or may stay in the country, wholly subordinated to the Hindu nation, claiming nothing, deserving no privileges far less any preferential treatment — not even citizen’s rights.”

The theme was amplified in his later book A Bunch of Thoughts. It is in perfect conformity with Savarkar’s essay Hindutva. All consistently rejected ‘territorial nationalism’. They stuck to ‘cultural nationalism’ which has figured in the BJP’s election manifestos. The RSS leads its political front, the BJP.

Golwalkar was asked: “Is it a fact that the Sangh plans to capture power?”, he replied: “We have kept before ourselves the ideal of Bhagwan Shri Krishna who held a big empire under his thumb but refused to become an emperor himself.” Mohan Bhagwat follows the same line.

The RSS aspires to mould society’s outlook, lay down the line for its governance, second party officials to run its political wing, the BJP and provide the muscle during elections. The BJP cannot function without RSS cadres. And, the RSS rejects Indian nationalism. Its credo is Hindu nationalism.

In 2014, Modi, a lifelong RSS campaigner became India’s prime minister with results that are there for all to see.

Last month, The New York Times published a report from Varanasi which said: “Over the last two decades, luxury brands have eyed India’s fast-moving economy, booming middle class and youthful population, already among the world’s largest, hoping they had discovered their next big market. But it wasn’t to be. … Since the Bharatiya Janata Party formed a national government in 2014, the Indian fashion industry has been pressed to aggressively promote traditional attire and bypass Western styles. The effort aligns with the party’s broader political programme: to project multi-faith India, a country of more than 1.3 billion, as a Hindu nation. And with Narendra Modi, the party’s strongman of Hindu nationalism, as prime minister, fears that the country would head into a phase of aggressive nationalism have largely come true” … and in many walks of national life, as the RSS ordains.

The writer is an author and a lawyer based in Mumbai.

No antibodies against Delta variant in 16% samples after two doses of Covishield: Study

Train Services Resume Fully From Bahihal To Baramulla From Tomorrow

No antibodies against Delta variant in 16% samples after two doses...