Home J&K Rise in militancy because of anti-youth policies of PDP: NC 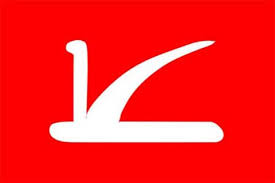 Srinagar, Feb 26: The opposition National Conference (NC) on Monday lashed out at the state government especially People Democratic Party (PDP) for benefitting their relatives and workers, saying that the Kashmiri youth are taking arms because of the anti-youth policies of the present dispensation.
According to the KNS correspondent, addressing a presser here at Nawa-e-Subh, the NC leaders said that the shames meanst for the youth have turned into PDP schemes as only those people are being benefitted who are kith and kin of the ruling regime especially of PDP.
Political secretary to NC working president, Tanvir Sadiq while divulging the details about what termed as ‘nepotism and loopholes’ in the present government said, “The recent issue of KVIB in which the relative of Chief Minister Mehbooba Mufti was appointed should be probed thoroughly. Aroot MAdni, son of Sartaj Madni and cousin of Chief Minister didn’t quit for any reason but all his certificates was fake, which prompted him to decline the job offer,” he said, asking that would Chief Minister tell the people that wasn’t Aroot’s wife appointed in Jammu and Kashmir bank.
He said that youth in today’s government is being genuinely pushed to the walls. “The Kashmir youth who are taking arms is the government’s failure as those qualified youth who have completed their masters and Phds are being deprived of proper treatment that’s the government’s support. Those who sought votes for change have ruined the career of thousands of Kashmiri qualified youth,” he added.
Saying that KVIB is not the only corporation where such ‘nepotism and loopholes’ took place, NC spokesman, Junaid Azim Matoo said that the other organizations or departments are functioning in similar manner in the present regime.
He said that various loopholes and nepotism has also taken place in other department or organizations including JK bank, Waqf Board, JK Sports Council and Social Welfare department. “Those who are the kith and kin of the PDP legislators or leaders have been appointed in these departments, leaving the deserving and qualified candidates to lurch at large,” he said, urging the media persons to highlight the issues pertaining to the qualified and unemployed of Jammu and Kashmir.
“We have ample proof against the legislators from PDP as well as the BJP who have appointed their kith and kin on various posts in various departments,” he said, demanding judicial probe against such ‘loopholes and nepotism’.
Terming SRO-220 as ‘SRO-420’ for PDP workers and CM’s relatives, Matoo said that various political workers and the relatives of legislators including the Chief Minister were appointed under SRO-220 but it is astonishing that the appointees are getting over Rs 40,000 salaries per month. “I am surprised where from the Finance Minister is getting such huge amount for the kith and kin of PDP,” he said.
Matoo further said that the schemes meant for the youth have turned into the ‘PDP schemes’ as the schemes are not being given to the youth who are either sportsman or deserving.
Asking Chief Minister Mehbooba Mufti to answer these questions, the NC leaders said that the government is befooling the people especially youth on one context or other.