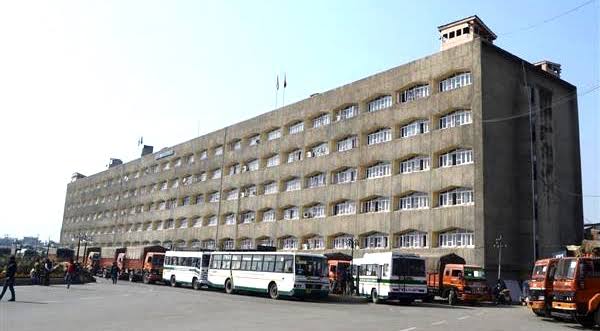 Jammu: The Jammu and Kashmir administration on Wednesday cancelled residential accommodations of ”darbar move” employees in Jammu and Srinagar, days after Lieutenant Governor Manoj Sinha announced an end to the age-old practice.

The officials have been asked to vacate their quarters in the twin capital cities within three weeks.

The L-G had on June 20 announced that the Jammu and Kashmir administration has completely transitioned to e-office, thereby ending the practice of the biannual ”darbar move”.

“Now both the Jammu and Srinagar secretariats can function normally for 12 months. This will save the government Rs 200 crore per year, which will be used for the welfare of the deprived sections,” he had said.

Now an order issued by Commissioner Secretary, Estates Department, M Raju said sanction had been accorded to the cancellation of allotment of residential accommodation of officers and officials in Srinagar and Jammu.

Employees from Jammu had been allotted residential accommodation in Srinagar and those from Srinagar in Jammu.

The order said the officers and officials would vacate their government-allotted residential accommodation in the twin capital cities within 21 days.

As part of the ”darbar move”, the Raj Bhavan, the civil secretariat – seat of the Jammu and Kashmir government – along with many other offices used to shift between Jammu and Srinagar twice a year.

The practice, under which the administration used to function in Jammu during the six months of winter and in Srinagar during the summer, was started by Maharaja Gulab Singh in 1872.—(PTI)

No antibodies against Delta variant in 16% samples after two doses of Covishield: Study

Train Services Resume Fully From Bahihal To Baramulla From Tomorrow

No antibodies against Delta variant in 16% samples after two doses...