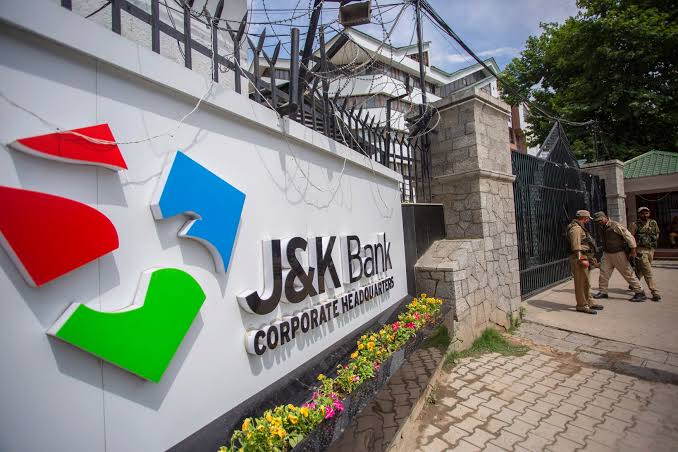 Issue will be resolved soon: officials

By Aatif Qayoom
Srinagar, June 30 (KNS): Jammu and Kashmir Bank has stopped salary of month of June to about 2800 employees who were recruited in last six years.

Top official sources informed KNS that the salary has been stopped of those employees whose name has figured in the documents related to the investigation being carried by Anti Corruption Bureau( ACB).
” This is not our decesion actually. It is related to raid of ACB slethus at J&K Bank corporate office when they took pocession of some files last year. We approached Anti Corruption Court and sought photocopies of those files. The court accepted our prayer and issued an observation that salary of these employees should not be withdrawn,” he said.
The official sources of J&K Bank informed that they are approaching High Court for release of salary of these employees.
Scores of the employees informed KNS that it has created panic among the employees who fear it as step towards their exit from Government.
On June 10 last year, following the allegations of fraudulent appointments in J&K Bank, ACB searched for documents at corporate office related to it.
Then ACB spokesperson had said that the searches of the premises of J&K Bank which started yesterday after registration of FIR.
During search operations, documents, discriminatory material pertaining to the appointments were seized. Further investigation is going on and questioning of accused/suspects will follow,” the spokesman had said.

During the raid, the ACB officials had checked the files and documents related to appointments made by the bank in recent years.

An official of the Bank said, “Presently we are not able to release their salary but there is no worry, we are following it, we have already approached court and are sure the issue will be sorted out within days”.

Vice President J&K Bank Ltd. Farooq Ahmad Law while talking to KNS admitted that the employees have not received their salaries.

He clarified that salaries have been stopped after ACB initiated investigation of some case related to the institution, but we have moved to court and are hopeful that the issue will be resolved soon. (KNS)