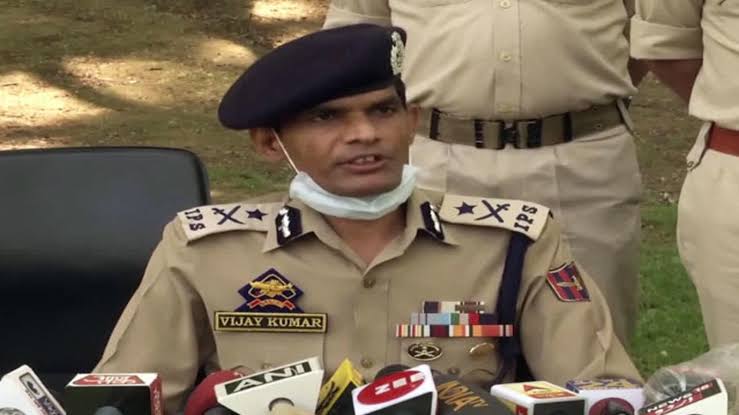 Srinagar: Inspector General of police Vijay Kumar on Friday said that militants involved in yesterday’s attack on BJP leader in which one policeman was killed were among the slain during a gunfight at Kakapora area in Pulwama district.

“Police man’s weapon, snatched by the militants, was also recovered,” IGP said in a press conference.

Three militants were killed in the gunfight at Kakapora earlier in the day, as per the police.

A policeman, Rameez Raja was killed in the militant attack at the residence of a BJP leader in Aribagh in Nowgam area of Srinagar on Thursday afternoon. The militants had also decamped with a rifle of the policeman who was posted on guard duties at the BJP leader Anwar Khan. The BJP leader was not at his residence, when the militants carried out the attack.

In a statement issued on Thursday evening, police said that preliminary investigation revealed that the attack at the residential guard of BJP leader was carried out by a group of four militants and on the analysis of CCTV footage it came to fore that a burka-clad militant in woman tone asked the sentry on duty to open the door. “The moment Sentry opened door, two other (militants) started firing indiscriminately at him while the third militant snatched his rifle.”

In this incident, police said, Constable Rameez Raja sustained grievous gunshot injuries and was evacuated to hospital where he succumbed to his injuries.

“Preliminary investigation indicated that the (militants) linked with LeT are involved in the attack, two local identified as Shahid Khursheed Dar son of Khursheed Ahmad resident of Methan Chanapora and Ubaid Shafi Dar son of Mohd Shafi resident of Firdousabad Batamaloo were part of the group,” IGP said and added that further investigations are vigorously going on.”