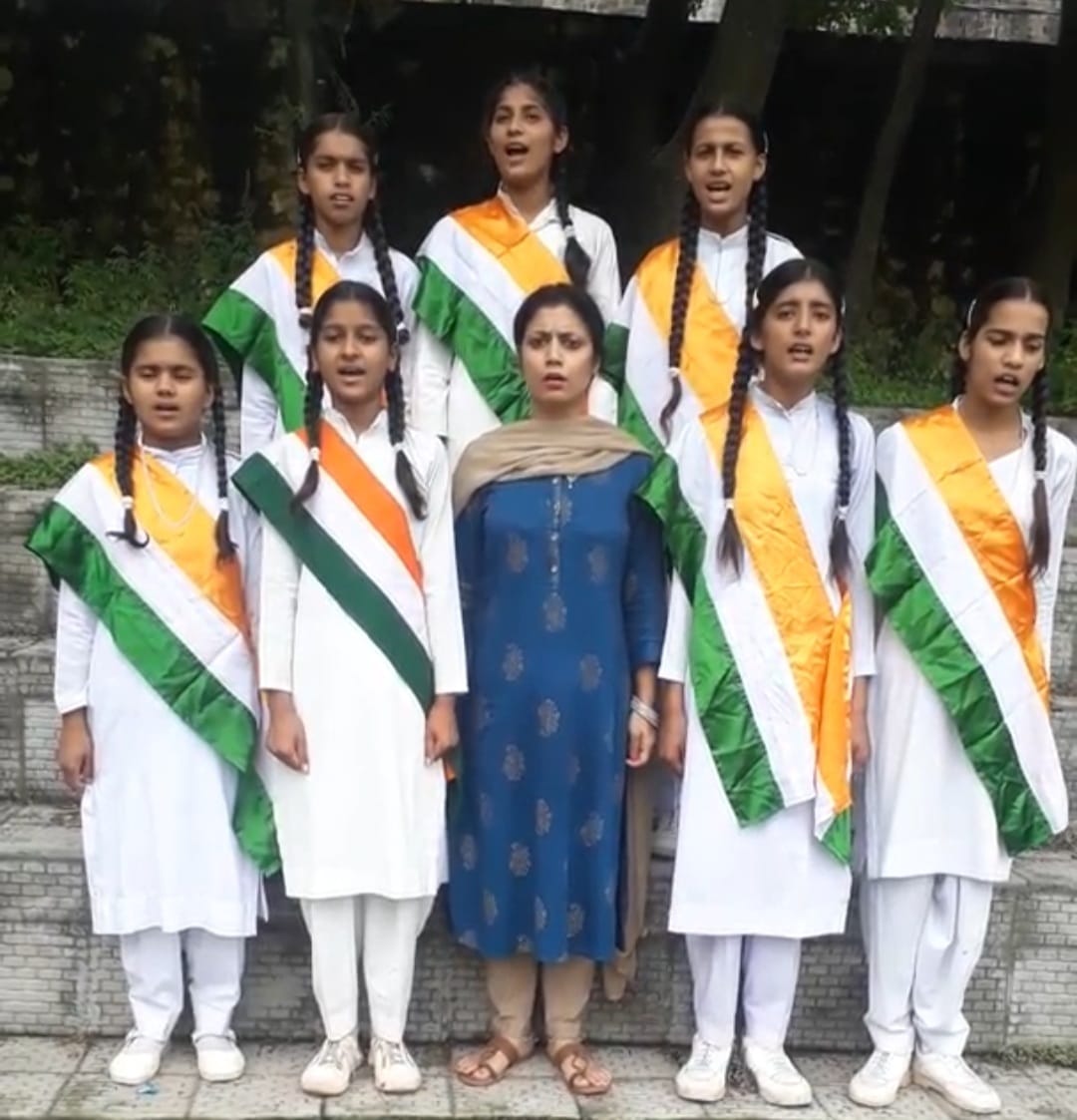 About 9000 entries received for the competition: Dir. Information

SRINAGAR, AUGUST 08: To celebrate 75 years of independence and commemorate it as ‘Azadi Ka Amrut Mahotsav’, the Department of Information and Public Relations (DIPR) had launched the National Anthem Singing Competition -2022, for which entries were made open online between 1st August to 7th August 2022.

Under this competition, the government had called upon the citizens of Jammu and Kashmir to participate in the national anthem singing competition by submitting their entries through a google link.

The entries were made open under individual and group categories.  Under the individual category, people in two subcategories, 13-18 years and above 18 years of age, were allowed to participate in the competition, whereas no age bar was kept for the group category.

Speaking on this initiative, Director Information and Public Relations, Akshay Labroo said, “Under this competition, around 9,000 entries having around 50000 participants were received from different parts of Jammu and Kashmir, which is four times more than the entries received last year, and almost equal submissions were received from both Jammu and Kashmir divisions”. He added that especially the districts of South Kashmir are leading and have given an overwhelming response in the number of submissions.

The entries received will be sent to respective Deputy Commissioners of participants, who will choose the best three from each category. The winners from each district will sing the National Anthem at their respective district headquarters on Independence Day.

The list of district-level winners shall be forwarded to the Divisional Commissioners, who shall then finalise the winners.

The winners of the competition will get cash awards of Rs 25,000, Rs 11,000, and Rs 5,000 for first, second and third prizes, respectively, and an opportunity to perform National Anthem at the Divisional level Independence Day celebrations.

Looking at the number of requests received for extending the deadline, the DIPR is thinking of opening another round of competition under ‘Azadi ka Amrut Mahotsav.’