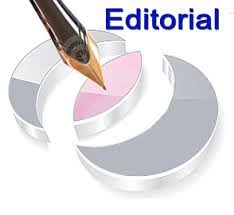 To boost the agriculture sector in the Union Territory of Jammu and Kashmir, Lieutenant Governor Manoj Sinha recently inaugurated a UT-level training & orientation program to effectively implement 29 projects under a holistic agriculture development plan today at the Convention Centre.

According to the programme, 638 training schedules are planned at the divisional and district levels for the next four months.

The government has already taken various initiatives to boost the diverse economic sector in J&K, and agriculture is one among those. It is appreciable that since the LG Manoj Sinha took charge as the Lieutenant Governor of Jammu Kashmir, he is on his toes to boost the economy of the UT. According to his various tweets, he wants to make J&K self-reliant.

In a statement, he said he firmly believes technology innovations will enable continuing output growth without adding much to input cost.

The government is focussing on the successful implementation of any scheme. The UT administration is committed to protecting the interest of farmers, bringing prosperity to farms and to their homes, and instilling self-respect in more than 13 lakh farmer families.

The government is also focusing on new agri-business enterprises, youth engagement & providing them unlimited access to resources, and opening up employment opportunities in agriculture & allied sectors.