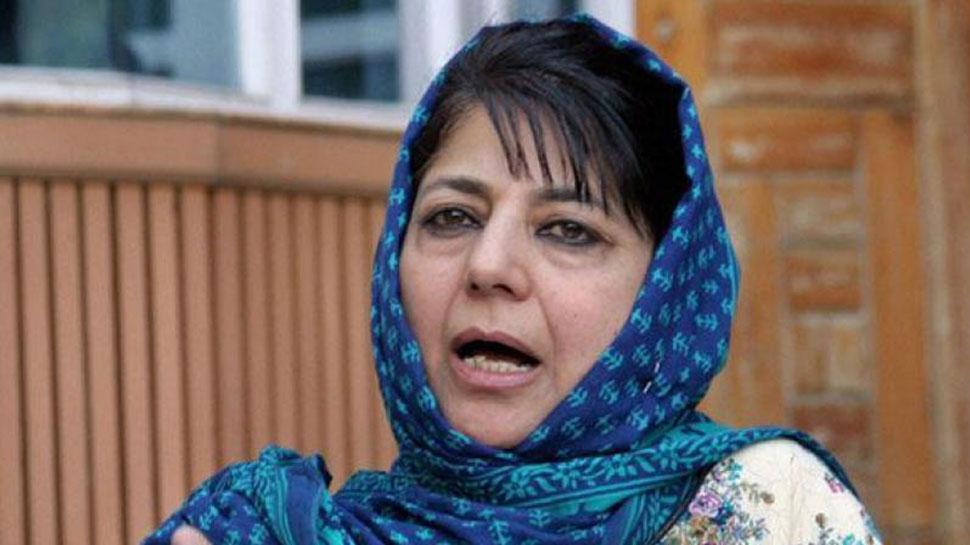 Chief Minister, Mehbooba Mufti today appealed for the cessation of hostilities on the borders in the State saying that it is the people of Jammu & Kashmir who have suffered due to the acrimony between India and Pakistan.

Terming maintenance of law and order within the State as a challenge in itself, Mehbooba Mufti stressed the Police on adopting community policing and a humane approach while dealing with day to day situations. She said efforts should be made to ensure the return back of the local youth to their families and friends who, unfortunately, have gone on the path of violence. She stressed on a collective mechanism by Police, parents and the society in this regard.

Expressing concern over the rising crimes against women, the Chief Minister asked the Police to deal sternly with those found involved in cases against women. She said the killing of a young girl at Kathua was heart-wrenching and the Government has already constituted a Special Investigating Team(SIT) to probe the case.

Complimenting the jawans on passing out into a new field of duty, Mehbooba Mufti asked them to perform their jobs with sincerity and dedication. She said it was a matter of pride that these boys have come through a transparent recruitment process and most of them are highly qualified. But equally, she added, they should use their good backgrounds to ensure that no injustice, howsoever small, is done to a commoner in a routine day to day manner.

On the occasion, the Chief Minister felicitated the best performing recruits in various disciplines.

In all, 473 jawans passed out today from the Subsidiary Training Centre, Sheeri after completing the Basic Recruit Training Course for Recruit Constables.

Earlier in his address, Director General of Police, Dr S P Vaid said these recruits were selected after a rigorous and transparent selection process and have been trained in some finer aspects of policing. He said over the last year or so Police conducted more than 1700 public outreach programmes which helped cement further the Police-public relations.

Braving the winter cold large number of people of the catchment areas also attended the function.