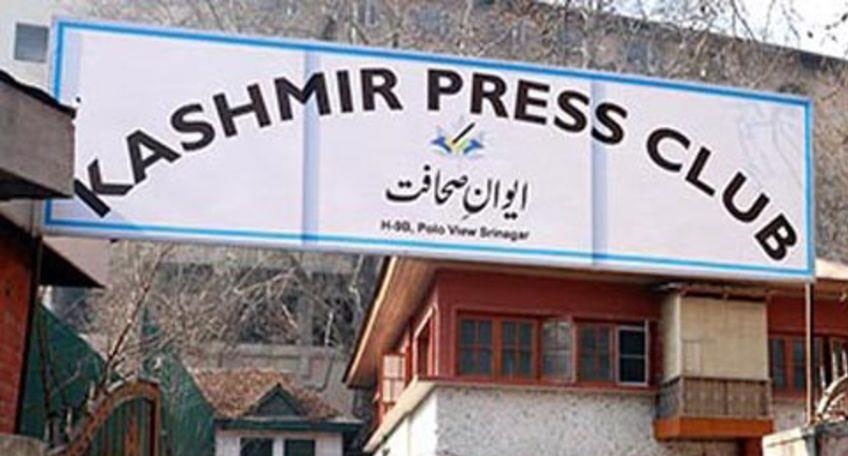 Urges LG to take strong note of the incident

The Kashmir Press Club strongly condemns the thrashing of three journalists by Jammu and Kashmir Police in Pulwama on Tuesday.

The journalists were beaten by the police while they were covering a gunfight between militants and government forces in Marwal Kakapora village in south Kashmir today morning. One multimedia journalist Kamran Yousuf received injuries due to the thrashing by the police and was rushed to SMHS Hospital in Srinagar for treatment.

Kamran told the Press Club that he was at the encounter site along with a few more photojournalists today morning when a group of Policemen caught hold of him and started beating him with lathis without any reason. He said that he somehow managed to run away. He has received injuries with doctors having detected fracture in his leg. Going by the account of Kamran, it is clear that the police has targeted the journalists to stop them from carrying out their professional work which is reprehensible.

The Club wants to make it clear that this is not the first incident where journalists have been targeted by the forces and stopped from carrying out their professional work. In the past, too many such incidents of harassment, thrashing and summons to media persons have been brought to the notice of the authorities at the highest level.

The management of the Club while demanding strong action against the policemen involved in today’s incident urges the top brass of the J&K police and Lieutenant Governor Manoj Sinha to take note of such difficulties media persons face while delivering their duties on the ground. The Club urges the authorities particularly the police to sanitise their ranks about respecting and upholding the press freedom in Kashmir.