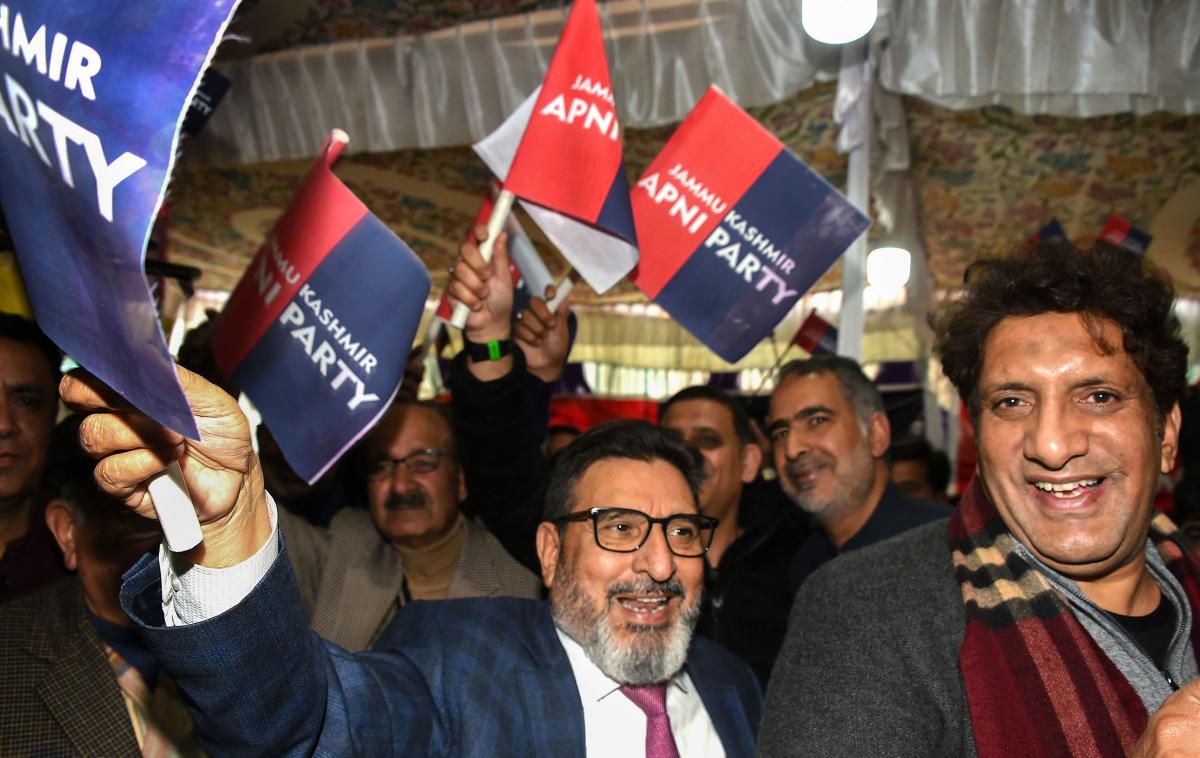 SRINAGAR, June 05: Jammu and Kashmir Apni Party (JKAP) president Syed Mohammad Altaf Bukhari on Friday said the new recruitment rules for Class-IV jobs notified by the J&K government yesterday are completely prejudicial in nature and should be rolled back and modified in accordance with the standard rules governing the recruitment processes across the country.

In a statement issued here, Bukhari castigated the administration for handling such a sensitive issue in a causal and mundane manner which is not only detrimental to the interests of lakhs of unemployed youth but are fraught with dangerous ramifications for the peace and progress of Jammu and Kashmir.

“In the new recruitment rules notified on June 4, 2020, the administration has incorporated SRO-202 clauses which are not only obsolete but brazenly, unconstitutional in nature. The five-year probation instead of two years with denial of increments is totally against the right to equality enjoyed by all other citizens across the country except for the residents of J&K,” Bukhari said while urging for the personal intervention of the union home minister into the matter.

He said that the SRO 202 was formulated by the previous elected government under the constitution of erstwhile state of J&K, which presently stands revoked. “Since the Indian constitution and law is directly applicable to Jammu and Kashmir how can SRO 202 be still valid in such a situation? The government of India cannot have double standards for residents of J&K while the citizens in all others states enjoy equal rights under the constitution of the country. This contradiction needs to be alleviated, sooner the better,” he remarked.

He also questioned the J&K government’s stand on the report submitted by the Law Commission headed by Justice (Retd.) M.K Hanjura who had recommended reduction in probation period from five to two years for employees recruited under SRO-202 since its notification in 2015.

“It is highly disgusting that the present dispensation has continued with anti-youth SRO-202. Justice (Retd.) Hanjura led Law Commission had recommended to set these rules in tune and in line with Office Memorandum of Department of Personnel and Training, Government of India, and also to be in consonance with the evolved concept of justice and equality,” Bukhari observed, adding that the present government seems to have trashed those recommendations.

He demanded those employees who have completed two years of probation on the date of the promulgation of Jammu and Kashmir Re-organisation Act 2019 should be regularized forthwith and the cases of those employees who will be completing two years of probation on any future date may be taken up for such consideration as per the recommendations of the Hanjura Law Commission.

Taking an exception to the other lacunas in the new recruitment rules, the JKAP president said the additional weightage clause for the district cadre posts is also against the principle of equality. “How can the candidates from remote and inaccessible areas of a district be equated with their counterparts who reside and get education and exposure in urban areas of the same district? This is totally an unjustified clause which should be removed forthwith,” he demanded.

Bukhari also censured the administration for insisting the candidates for production of Domicile Certificates at the end of recruitment process saying that the clause in fresh recruitment rules is not only frustrating but loaded with political connotations which put a question mark on the intentions of government for addressing the burning issue of unemployment in J&K.

“The fresh recruitment rules in its entirety are demoralizing for the qualified youth of J&K who in absence of other private sector opportunities look for government sector with high hopes. These rules should be immediately rolled back and modified in accordance with the right to equality and equal pay to equal work enshrined in the constitution of the country,” the JKAP president demanded.