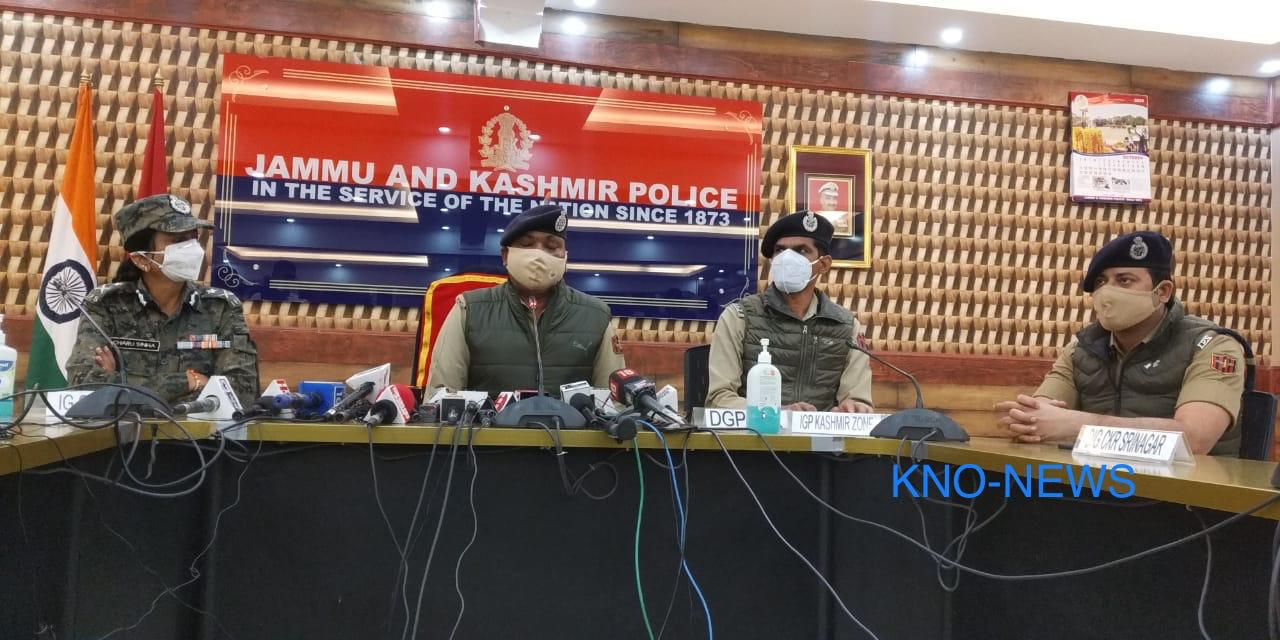 Srinagar, Oct 12: Jammu and Kashmir’s Director General of Police (DGP) Dilbagh Singh Monday said that in Barzulla, Srinagar encounter, a top Lashkar-e-Toiba commander from Pakistan and his local associate were killed while as this year so far 75 anti-militancy operations have been carried out in which 180 militants have been killed.

Addressing a press conference at Police Control Room Srinagar, the DGP Singh said that the slain Lashkar commander has been identified as Saifullah from Pakistan, who was involved in the series of attacks on security forces including the recent attacks of Nowgam, Chadoora and Kandizaal, Pampore.

Asked whether Lashkar and other militants are trying to set their foot again in Srinagar city, the DGP said that this year eight encounters took place in the city in which 18 militants including a top Hizbul Mujahideen commander were killed. “Whenever any militant outfit tries to establish its base in Srinagar, we successfully corner the militant with the help of our intelligence and other sources,” the DGP said.

On how many militants are active in Srinagar, the DGP said at present only one militant is active in the city who is involved in a couple of attacks. “We will bring him to justice very soon,” the DGP Singh said as per KNO.

About how many security forces personnel were killed this year, he said police lost it’s 19 men and CRPF 21. “Army lost 15 soldiers and the majority of them were killed on the LoC,” the DGP said.

Replying to a query as to how many youths were brought back after joining militancy this year, he said with the help of their parents and hard work of police, 26 youth, who had joined militancy was reunited with their families. Asked whether the police was sending the youth who shun militancy to outside J&K, the DGP said no youth has been sent out of UT. On whether there was any rehabilitation policy for the youth who quit militancy, he said: “Officially there is no policy as yet. When there would be one, details will be shared.” (KNO)