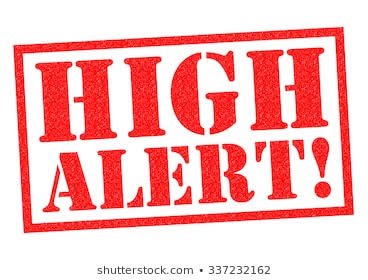 Jammu: Jammu-Pathankot National Highway and villages near International Border were  put on a high alert on Friday after the villagers claimed that they saw heavily armed men near agriculture fields.

A police official told news agency—Kashmir News Observer, that one local Ravinder Kumar, a native of village Chhan Kana of Jatwal area of Samba district claimed to have spotted four heavily armed persons in Army uniform, 100 meters away from him, on late Thursday night.

“Ravinder Kumar along with his father was guarding maize crop from wild animals during night when he spotted the four suspects,” the official said, adding “The father-son duo immediately informed Ghagwal police about those suspects. They spotted four persons in Army uniform near the railway bridge. They were carrying bags and guns on their shoulders. When they asked them to stop, they ignored them”.

The development came a day after a fierce encounter on the Line of Control (LoC) in Rajouri district, which is few kilometers from International Border, where security forces foiled an infiltration bid by killing two militants. Two soldiers were also killed in the exchange of fire.

Defence sources said: “An alert has been sounded in border areas of Samba and Kathua districts with the deployment of additional forces on both sides of the ‘vulnerable’ Jammu-Pathankot national highway.”

Senior Superintendent of Police (SSP) Samba, Rajesh Sharma confirmed to KNO that, “We are on a high alert. Checking has been intensified and forces have been deployed at all sensitive points”.

He added it was only after information of a local youth that a massive search operation has been launched.

Sources said that patrolling vans of police have been deployed on the highway to conduct random checking of vehicles and all entry points have been plugged.

Out of a total length of 100 km, nearly 44-km stretch on Jammu-Pathankot highway runs almost parallel to the border with Pakistan in Kathua and Samba districts.