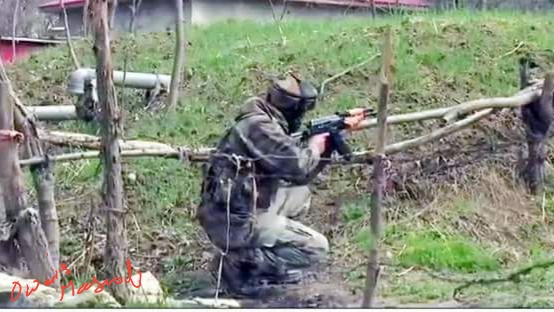 Gunfight broke out between militants and government forces at Balhama, Khanmoh, 13 Kms away from Srinagar City. Sources said that three militants identified as Owais Bhai, Hammas Bhai and Shabir Bhai believed to be trapped in the house of Ghulam Mohammad S/O Ghulam Mustafa Bhat. The house reportedly belongs to a surrendered militant.
The cordon-and-search-operation was launched in the area following a militant attack on BJP leader Mohammad Anwar Khan that left one of his PSO Bilal Ahmad injured.