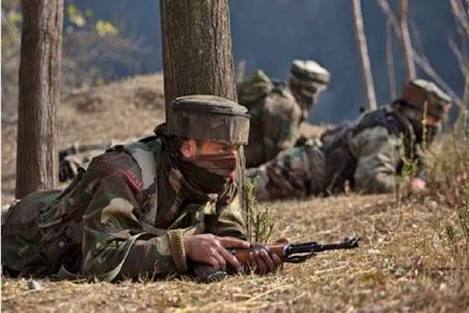 Srinagar, March 20: A gunfight broke out between government forces and militants at Check Halmatpora area of north Kashmir’s Kupwara district on Tuesday.

A police officer told news agency GNS that a joint team of army and SOG launched a cordon-and-search operation at Check Fatehkhan adjacent to forest area of Halmatpora today at around 3:00 pm.

As the joint team of forces intensified the searches, the militants hiding in the area opened fire triggering off an encounter, the officer said.

When reports last came in, the intermittent exchange of fire was going on. (GNS)