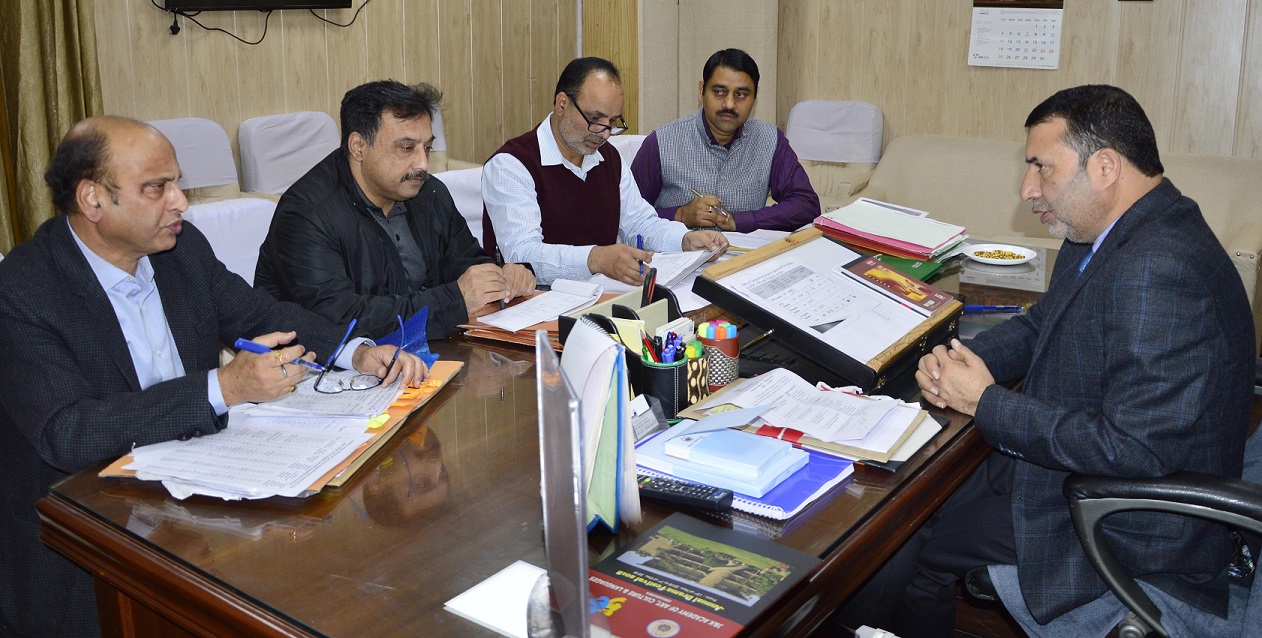 Stresses upon officials to gear up their men and machinery

Jammu, Nov 13: As many as 417 languishing PHE projects shall be taken up at an estimated cost of Rs 683 crore, while as work on 76 languishing projects in Irrigation & Flood Control sector costing Rs 189 crore would also commence soon.

The information was given at a meeting chaired by the Secretary, Public Health Engineering (PHE), Irrigation & Flood Control (I&FC) and Disaster Management Relief, Rehabilitation and Reconstruction (DMRRR), Farooq Ahmad Shah convened to review the status of languishing projects.

The meeting was attended by the Chief Engineer, PHE, Jammu, Superintending Engineers, Director Finance besides other concerned.

Shah was informed that 223 projects of PHE would be completed by March 2019, while as 50 I&FC projects would also be completed during the same period.

On the occasion, the Secretary stressed upon officials to gear up their men and machinery and speed up work at grass root level so that people get clean drinking water and better irrigation facilities through these projects at an earliest.

Shah said that all the languishing projects should be strictly completed within the stipulated time frame. He also asked them to complete the fixed targets well in time and also stressed for judicious and transparency in the execution of the projects.

He emphasized upon all the officers and engineers of the PHE and I&FC Departments to work with added zeal and zest in order to ensure timely completion of all the languishing projects.