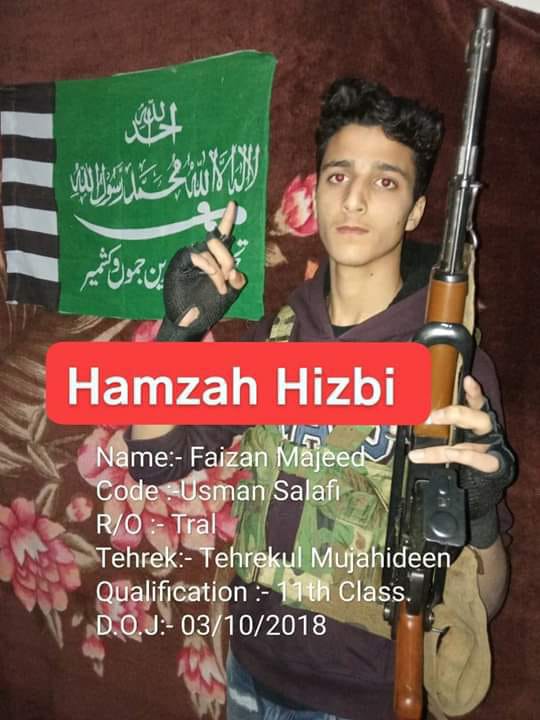 One militant responsible for the attack apprehended

October 17: Based on credible inputs that some militants are travelling on Baramulla-Srinagar highway, a police naka party deployed at Baba Teng Pattan were checking the vehicles. During checking, while a passenger vehicle was signaled to stop, militants boarding the vehicle lobbed a hand grenade on police party. In this incident one Police Officer DySP Zaffar Mehdi and two other policemen Shabir Ahmad and Ashiq Hussain sustained injuries and were evacuated to hospital. They are stated to be stable now.

The militants while trying to flee from the scene of crime were chased and one militant was apprehended. The arrested militant has been identified as Faizan Majeed Bhat son of Abdul Majeed Bhat resident of Naibug Tral who was recruited into terrorist ranks recently. He along with other terrorist Showkat Ahmad Bhat resident of Awantipora, who managed to escape had joined Tehreekul Mujahideen, a proscribed terrorist outfit.

Police has registered a case and further investigation into the matter is going on.