Home J&K Woman held along with 20 grenades from Srinagar 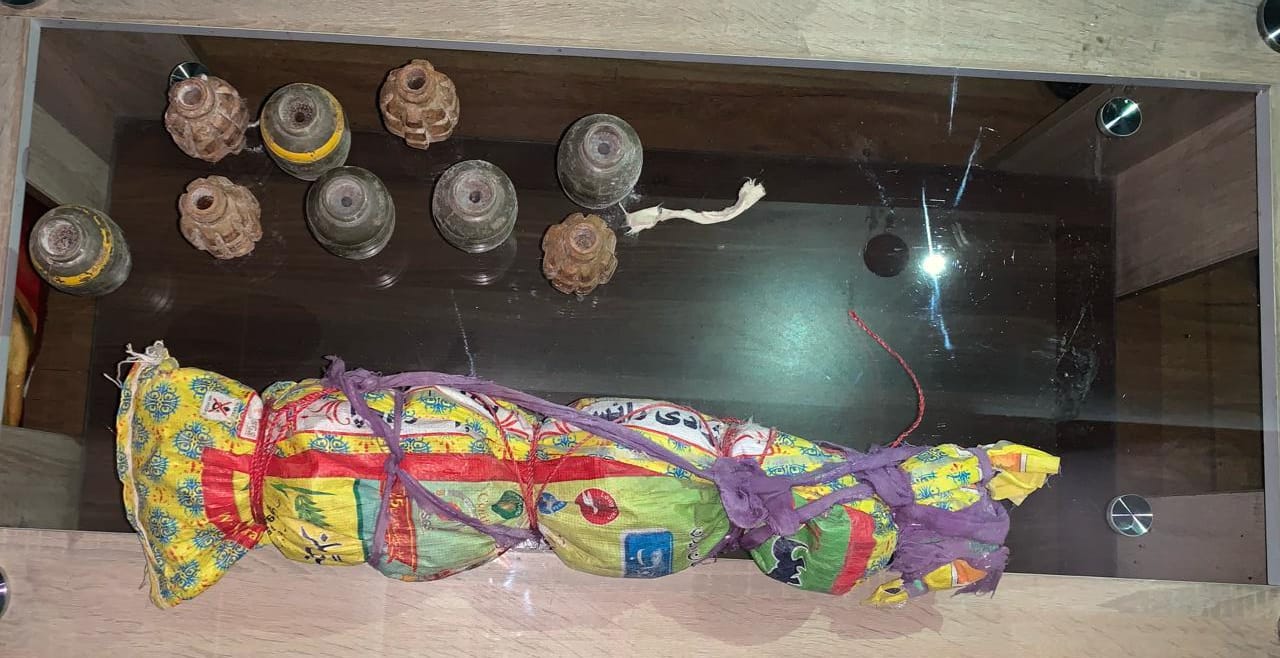 Srinagar, Nov 13: Police on Tuesday said that it has arrested a woman along with 20 grenades from Lawaypora area in outskirts of Srinagar city.

“Today evening upon receipt of reliable information that some OGWs is coming from Baramulla towards Srinagar with ammunition, a naka was laid opposite Kirmaniabad shrine near Lawaypora,” a police officer told GNS.

In the meantime, a Golden colored Chevrolet Tavera car (JK-01-M-0056) was stopped for checking. Aboard it was a woman. She was searched by lady police personnel present at the naka, he said.

A bag in her possession was searched from which 20 grenades along with a large cache of ammunition were recovered, he said.

The vehicle and the bag containing grenades have been seized and the woman has been detained and taken to women’s Police station for further questioning, he added.

SSP Srinagar Imtiaz Ismail Parray also confirmed the incident and said that a case under FIR no 397/2018 U/S 7/25 IA Act has been registered in Police Station Parimpora and further investigations initiated in this regard.