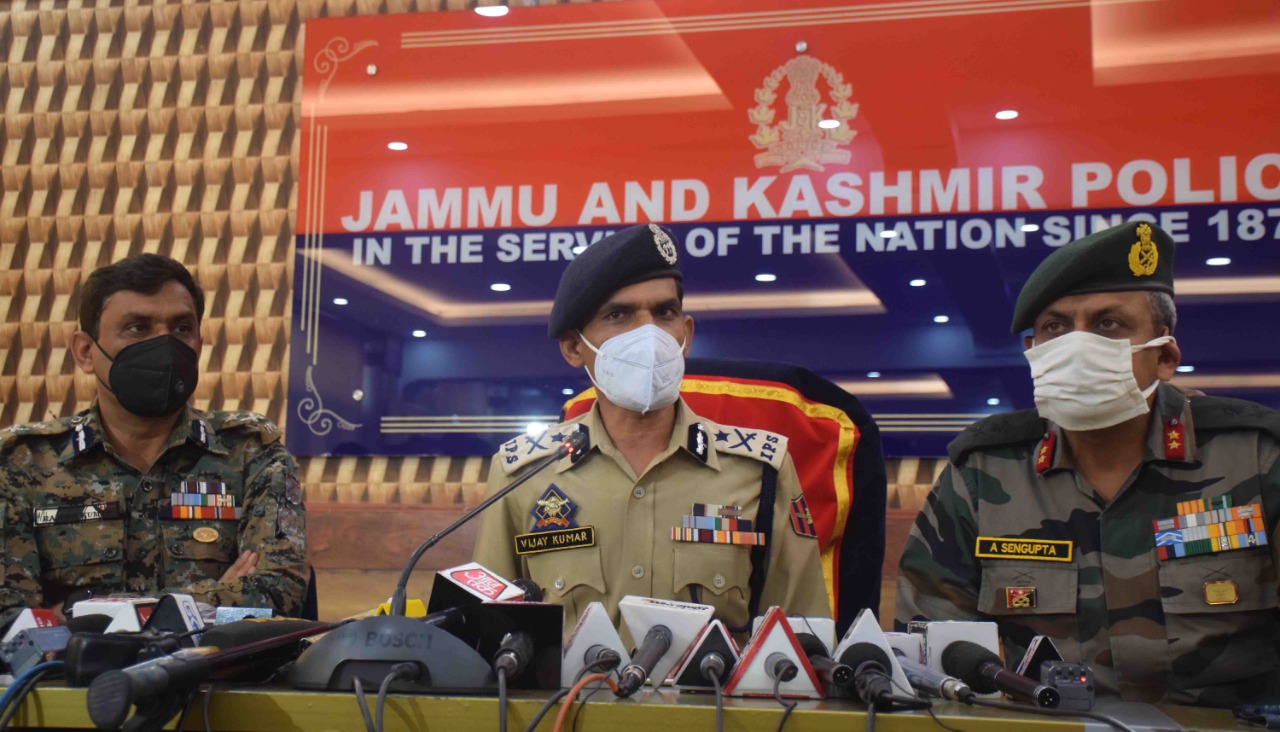 Srinagar, June 03: Inspector General of Police Kashmir range, Vijay Kumar today said that an IED expert of Jaish-e-, Muhammad outfit, who had participated in Afghan war, and was the mastermind of Car Bomb that was detected and destroyed by the security forces in Pulwama on May 28. He termed the killing of Jaish top commander as a “big success” for the security forces in Kashmir.

Addressing a press conference at Police Control Room (PCR), IGP Kashmir Kumar said that today three Jaish militants including and IED expert of the outfit were killed in an encounter at Kangan village of Pulwama.

“The slain commander has been identified as Abdur Rehman alias Fouji Bhai or Fouji Baba, who had participated in Afghan war and was active since 2017 in Kashmir. He was the IED expert and was the mastermind of May 28 Car bomb plan which was averted on time by the police, army and CRPF,” Kumar said.  He said the slain militant commander belonged to Multan, Pakistan.

He said that the identity of two other slain militants is being ascertained and it seems that both area locals. “We have called some people to identity the slain and if they turn out to be locals, their parents will be allowed to participate in the burial at Baramulla district of north  Kashmir,” he said.

Asked whether security forces have wiped out IED experts of Jaish outfit, the IGP said that there are two more Jaish militants who have been identified as  Waleed Bhai and Lamboo Bhai, both are foreigners and have an expertise in making IEDs.

“We have also identified the Jaish chief Abdullah Rashid Gazi, who operates in Khrew area of Pulwama district and is hiding in the woods. He will be neutralized once he comes down and we can even catch him where he is hiding. It is because of our source base that we have identified the Jaish chief otherwise Jaish outfit doesn’t disclose the names of its head,” he said.

The IGP, who was flanked by army and CRPF officers, said that it was for the first time that top militant commanders of Hizb, Lashkar and Jaish were killed. “The number of militants killed this year is 75 and majority of them were commanders.