Home India UP man lives on tree for a month to get away from... 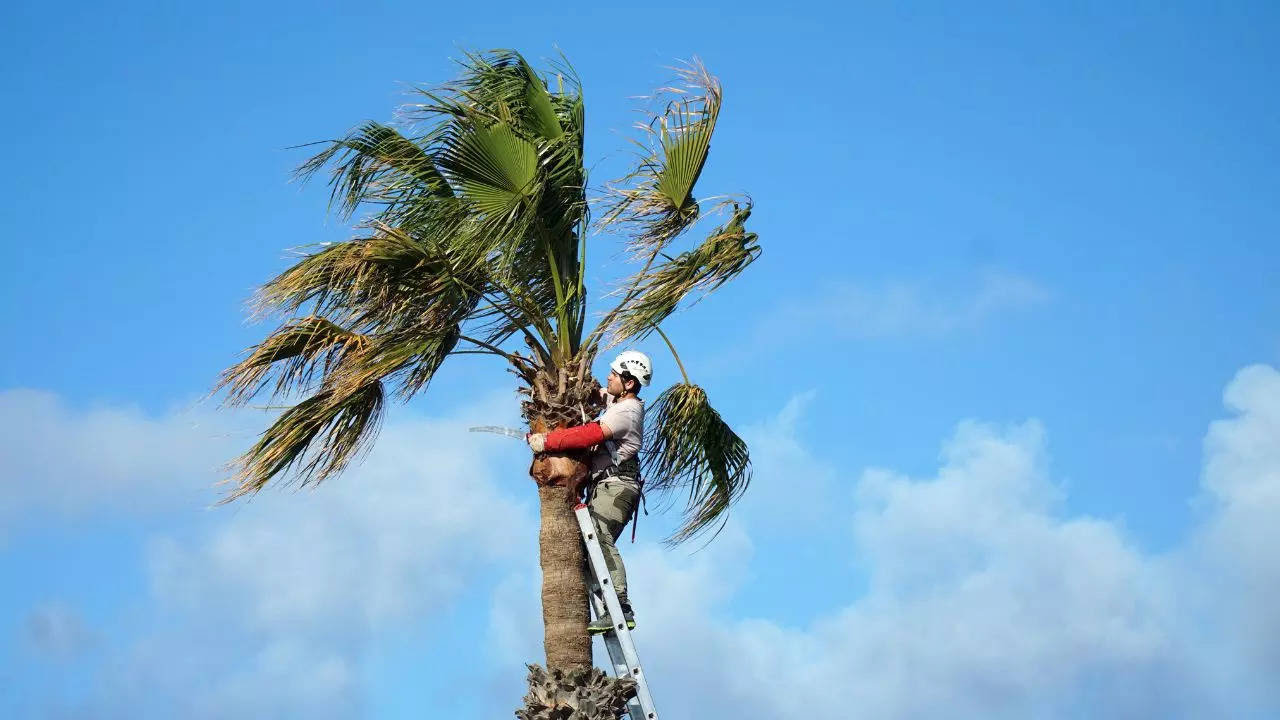 Ram Pravesh from UP’s Mau district lives atop a palm tree to avoid the daily fights with his wife. According to the man’s father, Pravesh’s wife beats him up daily. Meanwhile, Pravesh’s shift to the tree has disturbed the females in the village. They claimed that their privacy was being intruded upon by Pravesh.

UP man lives on tree for a month to get away from his quarrelling wife: Fights and arguments are common in most households. However, couples resolve such scenarios when one partner says sorry or when both partners come together to sort the issue out. However, there are exceptions. One incident from Uttar Pradesh is proof.In a bizarre incident, one man made a palm tree his home for about a month to avoid constant quarrels with his wife.

Ram Pravesh from Uttar Pradesh’s Mau district has been living atop a palm tree in his village for almost a month. His father Vishunram claimed that the tree was his son’s last resort following the daily fights with his wife. Reportedly, Pravesh’s wife beats him up daily. Consequently, he decided live on top of the tree. His family members provide him with food by tying the eatables on ropes.

Meanwhile, Pravesh’s decision to make the tree his residence has angered the villagers of Barasathpur, especially women. The female residents of the village stated that he was intruding on their privacy. Pravesh’s tree residence is about 100 feet tall and the pool used by the women of the village is located close to it. After his decision to stay on top of the tree, women are unable to carry out their daily activities. They also stated that Pravesh could easily see into their courtyards from the tree, furthering the lack of privacy.

Though the villagers have been trying to persuade Pravesh to get off the tree, he has been shooing them away with bricks. The helpless villagers even informed the police. The cops took a video of the situation and stated that they would take action soon.Meanwhile, contrary to the man’s father’s claim, the village head named Deepak stated that the rift was actually between the father and the son. (Courtesy: Times Now)